Five Amazing Smartphone Cases that Really Have Some Technology

Amazing Smartphone Cases That Have Their Own Features

People generally take smartphone cases as cheap plastic stuffs that protect cell phones to reduce possible scratch and damages, due to the reason of making mobile phones thick and not friendly to use, there are less and less people like to case their phones.

However, smartphone cases have made a lot of progress and they are now totally different from them in old days, and here I’m going to introduce 5 most amazing cases for cell phones.

HTC Dot View smart displaying phone case, released on the conference launching HTC One M8, was one of the most widely known HTC new technologies, and once it was praised to be the best accessory that overshadows smartphone itself.

Dot View looks similar to normal smartphone cases, and it has regularly arranged holes to enable the case to show some vital information like weather, time and number, etc., which makes it useful and impressive.

StikBox has a row of aluminum pipes and could be stretched out for 72cm, making it easier to taking selfie and still easy to take, this series has 7 colors to pick up, and is worthy to use. 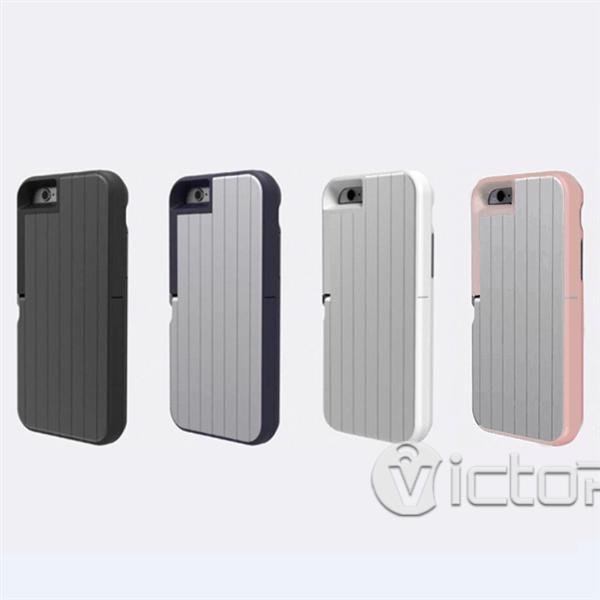 Figment VR combines VR glass with smartphone case, and by pressing button on the case, VR glass will become visible, and then users would have VR experience easily. This is a creative product, and it amazed me the first time I saw it.

Lumenati CS1 photographic smartphone cases look like professional cameras, and I thought it to be an independent camera itself, but actually it works by strengthen the photography ability based on iPhone’s camera.

Supporting auto/manual focus, and could be installed with camera, handle and viewfinder, Lumenati CS1 is the case that makes your phone a professional camera.

Thermal imaging could help in a lot of situations like drinking boiled water, checking overheat charging and finding the most frozen milk, which means the case could be very helpful and useful.

Besides these amazing smartphone cases, I’d like to recommend a site for wholesale and bulk buy phone cases: http://www.mocel-case.com, which provides great products and services.

Leave your comment if you have any interest in these 5 cases.